Here and there throughout the www.gamesoul.net site you will find articles related to online poker, as well as a few simple online poker and casino games themselves.

If you care to play online poker for real money we advice you to take advantage of this Titan Poker bonus code. Titan Poker is Europe’s largest real money poker site and caters excellent software and plenty of opponents.

For real money casino games we suggest this this Europa Casino bonus code. Europa Casino is an utmost beautiful online casino powered by the industry leading software developed by Playtech, owned and operated by the same company as Titan Poker.

Dutch poker players are now allowed to legally play online. At PokerKamers.nl you’ll find all the info you need to get started at legal online poker sites. 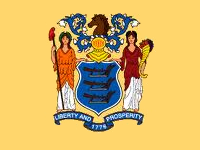 Although there was only a limited period of time in 2013 for online poker sites to make their mark, there was always going to be a level of interest in the early figures posted by firms in the market. Even though online poker only came to New Jersey in late November, there was a market for players wanting to get involved immediately, which meant that there was a lot of action taking place. In fact, there was six weeks of online poker in New Jersey in 2013.

There is no doubt that the big winners in the market were Party Poker and Borgata. These companies had a successful partnership than managed to count for close to half of all of the New Jersey traffic. Yes, 45% of the amount of money raised in New Jersey for gambling in 2013 fell to Borgata and Party Poker. This is definitely the sort of return that companies love to hear about so you can rest assured that this is the benchmark for the industry and sector.

When it comes to winners, you must have losers and this is true when it comes to US poker. You only have to look at Golden Nugget who were unable to launch a poker site due to a number of delays. This meant that the company couldn’t even get off the mark before the year was over. Mind you, this may be seen as a preferable income compared to what happened to Trump Plaza and Betfair in their partnership. These are two big names in the gaming industry but for six weeks, there was only a total of $90 raised in revenue. Yes, a total of $90 was raised in revenue and you have to wonder if that can be justified as being okay or even tolerable in the current market.

Some firms found success with online poker in the US 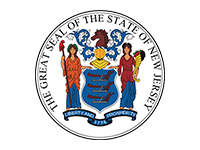 Borgata were happy to rake in more from than $3m from their Party and Borgata brands. There was a total of $1.9m raised from poker while the casino element raised over $1.8m. This indicates a level of consistency between the two brands and probably shows that this is the name that people already trust when it comes to online gaming in the US. The next most popular brand is Caesars but they have a wealth of brands including WSOP, 888 and Harrahs under their auspice, so it is probably not surprising that they managed to achieve a high level of success at the tail end of the year. They actually made more than $2.3m all in with $1.2m coming from poker and £1.1m coming from casino.

This is where there is then a big drop-off with respect to revenue. The Trump Taj Mahal group made just $883,037 with around $778,000 from casino play and just over $100,000 from poker. This was considerably better than Trump Plaza who managed to draw in a total of $427,739. $90 came from poker and the remainder came from a casino site.

The Tropicana managed to bring in $748,589 from just a casino offering and Golden Nugget was able to bring in $177,653 from their casino only offering. Unsurprisingly, the vast majority of the revenue came in December although there was close to $1m generated in the 10 day spell in November. Given that many people were looking to get involved with online casino and poker play from the start, this is not a bad return.  With such a major haul with respect to early revenue in the industry, it is hard to see any other firm getting close to the Borgata and Party Poker partnership any time soon.